Why is it legal to use SYC 2 for downloading media?

We believe that downloading and consuming content uploaded for the purpose of being consumed is not illegal. When it comes to YouTube or similar websites, it may be considered a ‘TOS’ violation but not an illegal activity by any means. Downloading content from YouTube and then transforming it to a format of your liking — is fully legal. If you are doing it for offline viewing and for personal use — there is nothing illegal in that.

YouTube is an online video streaming service. Anything streamed can be saved or recorded. Looking back in history, we can see that it has never been illegal to record television (a.k.a. video-streamed content) to VHS/DVD/DVR as long as you were not selling the recordings. Moreover, you could legally ‘convert’ the recordings to another format of your liking.

This was settled in the early 90s back in the days of cassette tapes, and the record companies (RIAA) who tried to prevent consumers from recording personal backup copies of content they had legally purchased. This particular crusade backfired on the RIAA as it was determined that all private (not for business) recordings and even resale of recorded content was protected, so was not illegal. Consequently, you can record a backup copy of an album and then give it to a few friends as long as you aren’t doing it on a wide-scale or as part of a business.

What does the law say about it?

According to Audio Home Recording Act:

17 U.S.C. § 1008, as legislated by the Audio Home Recording Act of 1992, says that non-commercial copying by consumers of digital and analog musical recordings is not copyright infringement. Non-commercial includes such things as resale not in the course of business, perhaps of normal use working copies which are no longer wanted. It is unlikely to include resale of copies in bulk; Napster tried to use the Section 1008 defense but was rejected because it was a business.

From House Report No. 102-873(I), September 17, 1992: “In the case of home taping, the [Section 1008] exemption protects all noncommercial copying by consumers of digital and analog musical recordings” .

From House Report No. 102-780(I), August 4, 1992: “In short, the reported legislation [Section 1008] would clearly establish that consumers cannot be sued for making analog or digital audio copies for private noncommercial use”.

In conclusion, it is fully legal to record media that is copyrighted and that one has to pay to listen to/watch, whether it contains ads or not. If this is done solely for personal use and not for commercial distribution — it is 100% legal. This is why torrent clients and Ad blockers are in such high demand. 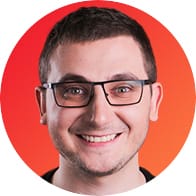 A Magic Drop Area for Your Apple Device

Try it for free